What Must The Prosecution Prove In A Drug Possession Case? 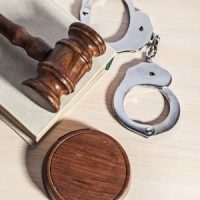 In order to secure a conviction in a criminal case, the prosecution must present strong evidence that the defendant committed the crime of which he or she is being accused.  You have the right to consult with a lawyer, and the prosecution must be transparent with your lawyer about the evidence they plan to present at trial.  If the evidence is very strong and a jury is likely to convict you, your lawyer may advise you to plead guilty, because the sentence will be lighter than if you are convicted at trial; you always have the right to plead not guilty, though.  If there is room for debate about your innocence, based on the evidence, going to trial may be the best option.  If the prosecution’s evidence does not clearly point to your guilt, your lawyer might even be able to convince the prosecution to drop the charges against you.  In drug possession cases, the prosecution must show evidence of legality, knowledge, and control, meaning that you knew that the substance was illegal and that it was in your possession.  A Tampa drug crime lawyer can help you if you are facing criminal charges for drug possession.

Legality: The Substance in Your Possession Was an Illegal Drug or Controlled Substance

You are not guilty of drug possession if no illegal drugs were present at the scene of the alleged crime.  Field drug tests make mistakes; they have been known to mistake legal substances like soap, chocolate, and over-the-counter medicines for illegal drugs like cocaine and heroin.  Even forensics labs sometimes mix up samples.  You might be able to argue that the substance the police confiscated from your car was not a controlled substance.  If the substance was a prescription drug, you cannot be convicted if a doctor had prescribed the drug to you.

Knowledge: You Knew That It Was Illegal for You to Possess the Drug

The prosecution must also prove that you knew that it was illegal for you to possess the substance.  You might be able to refute this claim if you argue, for example, that you thought the weed was oregano (especially if it was in a spice jar in your kitchen) or that you accidentally grabbed your roommate’s prescription bottle of Xanax thinking it was your prescription bottle of Synthroid.

Control: The Substance Was in Your Possession, Not Just in Your Proximity

You can only be convicted of drug possession if the controlled substance was under your control.  If the police arrested you because a bag of white powder was next to you on the seat of a public bus, you could argue that it fell from the pocket of the person who got out at the last stop.  Likewise, if the police found drugs in the backseat of your car, and you are a rideshare driver, you might argue that a passenger left them there, unbeknownst to you.

A criminal defense lawyer can help you if you are facing criminal charges for illegal possession of controlled substances.  Contact Scriven Law in Tampa, Florida to schedule a consultation.

By Scriven Law, P.A. | Posted on October 7, 2022
« Ketamine: Don’t Believe The Stereotypes, Even If The Police Do
Forgery Laws In Florida »