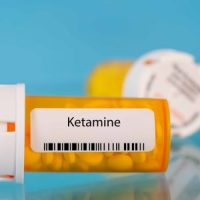 If you have ever had surgery, there is a good chance that you woke up on the operating table, but you do not remember it.  The drugs that anesthesiologists administer do more than make you sleep.  Some of them decrease your heart rate and breathing rate, temporarily putting you in a hibernation-like state, while others simply reduce pain.  Doctors are careful to avoid giving high doses of drugs that induce hypotension and respiratory depression, as these can lead to disastrous complications; the goal is to keep the patient in a just deep enough sleep for just long enough that the surgeon can complete the procedure, and then the patient can wake up and recover.  The drug that makes it so that you do not have memories of the procedure is ketamine, which has dissociative effects, making you not notice and not remember what is going on around you.  Ketamine, a schedule III controlled substance, is also popular as a recreational drug which can be snorted or injected.  If you are facing criminal charges for possession of ketamine, a Tampa drug crime lawyer can help you fight the charges.

Ketamine Chic Is as Fake as Everything Else on the Internet

Anyone who has ever had their car searched for drugs at a traffic stop knows that profiling and stereotypes are a factor in police officers’ decisions about which cars to pull over and which ones to search for drugs.  The cops might claim to smell weed, or they might claim that the pink spoon that has been sitting on the seat of your car since your last trip to Baskin Robbins is drug paraphernalia, but just as often, police decide to search your car just because they think you look like a drug user?

Just what does a ketamine user look like?  The Internet has a lot to say about that.  Daniel Rodgers’s treatise on ketamine chic would have you believe that ketamine users adorn themselves simultaneously in designer labels and advertising slogans and that their style is both over-the-top and sloppy; ketamine users apparently don’t believe in fashion or good taste and therefore expend lots of effort on their appearance. According to Rodgers, the Minions of the Despicable Me films are the symbol of ketamine chic, because of their garish color scheme, their unflattering clothes, and their incomprehensible speech.  If you have a weird sense of humor or do not have especially good taste in clothes, this is not a good enough reason for the police to suspect that there are drugs in your car.  If the police stopped you and searched your car for trivial or discriminatory reasons, you should hire a criminal defense lawyer to take your case to trial or get the charges dropped.

A criminal defense lawyer can help you if you are facing criminal charges for illegal possession of ketamine or other controlled substances.  Contact Scriven Law in Tampa, Florida to schedule a consultation.

By Scriven Law, P.A. | Posted on September 23, 2022
« You Can Get A DUI Even If You Are Not Driving
What Must The Prosecution Prove In A Drug Possession Case? »