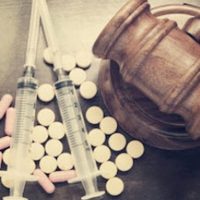 On Instagram, everyone is richer, cooler, and better looking than they are in real life.  Sometimes, though, Instagram and other social media sites inadvertently show you sides of people that they do not want you to see, especially if you are a law enforcement officer.  If you have an active social media account and you are being investigated for a crime, your social media activity can yield powerful evidence for the prosecution.  For example, if you have been sharing or consuming violent rhetoric online, prosecutors can use this as evidence that you were planning a violent crime.  If you are being investigated for drug crimes and you post pictures of yourself with illegal drugs, the evidence against you is even stronger.  No matter what you said online, a Tampa drug crime lawyer can help you exercise your right to due process.

These are some cases from recent Florida history where Instagram posts indicated the defendant’s guilt:

Instagram posts by themselves are usually not enough to incriminate someone.  No matter what you said or did on social media, the outcome of your case will be better if you hire a criminal defense lawyer.

A drug crimes defense lawyer can help you if you are facing criminal charges for drug possession or trafficking.  Contact Scriven Law in Tampa, Florida to schedule a consultation.

By Scriven Law, P.A. | Posted on July 1, 2022
« Frequently Asked Questions About DUI In Florida
It Is Easier For A Registered Florida Sex Offender To Go On A Caribbean Cruise Than To Visit A Local Park And Other Little-Known Facts »