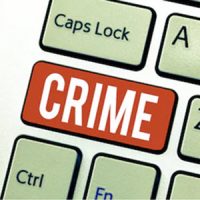 Is it a crime to almost commit a crime?  It depends on how close you were to the completion of the criminal act.  Federal and state laws recognize inchoate offenses, which are where a defendant planned to commit a serious crime (known as the “target offense”) or helped someone else.  For example, if the target offense is murder, a defendant who was never in direct contact with the victim or the murder weapon might still be guilty of an inchoate offense such as attempted murder or conspiracy to commit murder.  Most crimes that include the words attempt, conspiracy, or solicitation in their names are inchoate offenses.  Even though you might think that being an accomplice to someone else’s criminal actions is only a minor offense, many inchoate crimes are felonies that can result in long prison sentences.  If you are being accused of an inchoate offense, contact a Tampa criminal lawyer.

What Are Inchoate Offenses?

Most of us are unlikely to encounter the word “inchoate” except when studying vocabulary in an attempt to win a spelling bee or debate competition, in pursuit of the larger goal of getting into law school.  The word inchoate derives from a Latin word that means “to begin” or “to become.”  In grammar, verbs that mean “to be or become” an adjective are called inchoate verbs; in English, examples of inchoate verbs include darken and tighten.  Inchoate verbs do a good job of illustrating why inchoate offenses are as serious as they are but not more serious.  For example, if you tighten your shoelaces, they might still be fairly loose, even though they are tighter than they were before.  When you commit an inchoate offense, you are getting yourself or someone else closer to the completion of the target offense without actually completing it.

For example, if you approach a house with the intent to break in by picking the locks or breaking a window, you are guilty of attempted burglary, even if you run away when the security alarm rings or you notice that, if you get any closer, the house’s security camera will record you.  Likewise, you are guilty of solicitation of drug distribution if you offer someone money to transport a kilogram of cocaine in their car from Tampa to Miami.

Abandonment is a valid defense to accusations of inchoate crimes.  In order to use this defense effectively, you must show that you stopped participating in the planning or implementation of the target crime well before you got caught.  For example, you can argue that, yes, you exchanged text messages with someone who was going to drive to Miami about transporting drugs, but you had stopped talking to the prospective drug mule, and to everyone else involved in the operation, months before any drugs or money changed hands.

A criminal defense lawyer can help you if you are being accused of an inchoate offense such as conspiracy or solicitation.  Contact Scriven Law in Tampa, Florida to schedule a consultation.