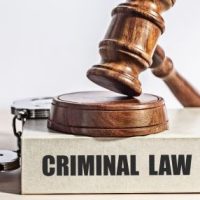 Call them research chemicals, designer drugs, bath salts, cleaning solvents, or potpourri, but drug analogues are illegal drugs in all but name.  Synthetic cannabinoids and synthetic opioids are akin to the homemade copycat versions of Chick-fil-A grilled nuggets or Chipotle barbacoa that you perfected in your kitchen during the COVID-19 lockdown.  Sure, you can split hairs and argue that real Chick-fil-A nuggets would not be fresh off the grill on Super Bowl Sunday, but at the end of the day, it is still chicken marinated in pickle juice.  Likewise, that stuff you bought on the Internet might not be FDA-approved fentanyl, but it is similar enough that it will respond to Narcan, and you could have been just as dead as with real fentanyl if no one had shown up with the Narcan on time.  You can get criminal charges for possession, manufacture, or sale of substances that are chemically similar to drugs on the official list of controlled substances, even if they are not identical to those drugs.  One type of synthetic opioid is sometimes available at gas stations, although you can get into legal trouble for possessing it or selling it.  If you are being accused of possession of drug analogues, a Tampa drug crime lawyer can help you.

Gas Station Heroin Has a Lot in Common With Real Heroin

Tianeptine was first developed in France in the 1960s, and even today, it is prescribed as an antidepressant in several countries.  The goal of synthesizing tianeptine was to create a drug that would be as effective in the treatment of clinical depression as the widely prescribed tricyclic antidepressants but with fewer side effects.  Research on the possible medical applications of tianeptine (to treat everything from fibromyalgia to attention deficit hyperactivity disorder), and researchers in the United States even considered sending it to the FDA for approval, but that project stopped in 2012 without tianeptine ever getting FDA approval.  Therefore, tianeptine has never been legal in the United States.

The reasons why the U.S. and other countries have banned or restricted tianeptine is that its effects are similar to those of opioids, and it causes similar withdrawal symptoms.  Researchers at the Icahn School of Medicine at Mount Sinai in New York have even categorized it as a synthetic opioid.  Despite this, it is sometimes sold as a nutritional supplement in the U.S., hence the nickname “gas station heroin.”  It goes by brand names including Tianaa, Zazas, and Pegasus, among others.  Tianeptine has recently been implicated in a series of overdoses in southern Alabama.  If police find tianeptine in your car during a traffic stop, your case could go either way, and you should hire a criminal defense lawyer.

A criminal defense lawyer can help you if you are being accused of illegal possession of synthetic drugs that do not exactly match the chemical composition of drugs on any of the schedules of controlled substances.  Contact Scriven Law in Tampa, Florida to schedule a consultation.

By Scriven Law, P.A. | Posted on November 21, 2022
« Should You Plead The Fifth Amendment?
Which Crimes In Florida Are Most Common During The Holiday Season? »