Can A Person Be Charged For Attempting A Crime In Tampa? 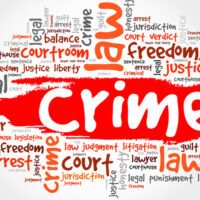 Two friends from high school decided it would be funny to break into their alma mater, vandalize the cafeteria and steal school records. They draw a map of the school grounds, determine when the building would be empty, and decide on who will drive the getaway car. On the day of the planned burglary, the friends decide not to go through with it. Unfortunately for them, a teacher overheard their plan to vandalize the school later that evening, and she reports it to the principal who calls the police. Now the students are charged with criminal attempt. Can a person be charged for attempting a crime in Tampa?

What is an Inchoate Crime?

Florida statute defines an inchoate crime as an attempt, conspiracy or solicitation to commit a criminal act even though the criminal act itself may not have been committed or allegedly committed. The defendant or defendants can still be charged with a crime because she or he had the intent to commit the crime. If a defendant had the specific intent to commit a crime and agreed with other co defendants to commit the crime together they can be charged with conspiracy. Despite popular belief, a defendant can be convicted of criminal conspiracy even if they did nothing other than discuss the act with other defendants. The prosecution does not need to prove beyond a reasonable doubt that a defendant committed an act or task in furtherance of a crime in order to convict the defendant of conspiracy.

What is Criminal Solicitation?

A solicitation means that one or more people requested, asked, or induced another person into assisting the conspirator to commit a crime. For example, one conspirator could solicit additional people to assist him in planning a robbery or burglary. Whether the conspirators actually committed the crime or not has no bearing on the crime of solicitation. Once a payment or bribe is made to another actor, the defendant can be charged with solicitation. Often a defendant might be charged with multiple crimes including attempts, solicitation, and conspiracy. A defendant may have a defense to solicitation if they can prove that money did not exchange hands or that they attempted to stop the person they solicited from committing a crime before it was done.

What is a Criminal Attempt?

If the defendant is charged with a criminal attempt it means he or she allegedly committed an act in furtherance of a crime. This attempt must be a deliberate act more than just conspiring with other actors to plan a crime or hypothetically discussing the commission of a crime. For example, if a defendant obtained blueprints for a building he intended to rob, paid off the security guard, or took further action in preparation for a potential robbery he could be charged with his criminal attempt. The prosecution must establish beyond reasonable doubt that the defendant committed an act in furtherance of a crime.

If you or a loved one are facing charges for an inchoate crime and you have questions about what to do next, contact Tampa criminal defense lawyer Bryant Scriven. As a former federal prosecutor with over a decade of experience, Mr. Scriven has handled criminal defense cases he can help you no matter how dire the circumstances may be. He serves clients throughout Greater Tampa including Hillsborough and Pinellas Counties. Call today to schedule a free consultation.

By Scriven Law, P.A. | Posted on January 21, 2022
« Tampa Flight To Atlanta Ends In Federal Assault Charges
Can A Person Be Arrested For Making Online Threats In Florida? »