You Can Get A DUI Even If You Are Not Driving 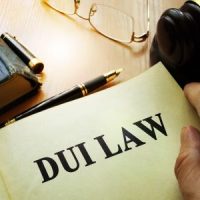 Sleeping in your car after a night of drinking is a lot less dangerous than attempting to drive home while you are drunk, but no good deed goes unpunished.  Under certain circumstances, you can get a DUI conviction even if you were drunk in a motor vehicle, even if you were not driving and the vehicle was parked by the time the police caught sight of it.  Florida is not the only state that includes drunk parking within the definition of drunk driving, but leave it to Florida to have more interesting parking under the influence stories than other states.  Did you hear the one about the Florida Man who got a DUI for sleeping in his golf cart?  In July 2022, Michael Fuller of the Village of Pine Ridge pleaded guilty to DUI after police officers found him asleep at the wheel of a parked 2013 Club Car golf cart, and a breathalyzer test showed that his blood alcohol content (BAC) was more than twice the legal limit.  His sentence includes probation, driver’s license suspension, and community service.  If you are being accused of drunk driving, with or without any actual driving, contact a Tampa DUI defense lawyer.

Criminal Penalties for Parking Under the Influence

Charges of driving under the influence of alcohol (DUI) apply if you are in actual physical control of a motor vehicle while your BAC exceeds 0.08 percent; these charges apply whether or not the vehicle was moving when the police saw you.  People get arrested all the time for sitting in parked cars while drunk; the law is written in such as a way that, if you are behind the wheel of a car, drunk, you are one shift of the transmission and one application of the gas pedal away from driving drunk, and therefore you are a danger to others on the road, or in the parking lot, as the case may be.  In that case, the same penalties apply as for any other DUI conviction, including fines, driver’s license suspension, probation, and possibly jail.

As always in criminal law, details matter.  If you are asleep at the wheel of a parked car and the engine is on, the jury may reasonably believe that you were trying to drive drunk but were so tipsy that you fell asleep while the car was still in park.  On the other hand, if you were not in the driver’s seat, there is more room to argue that you had no plans to drive until you were sober.  Even if the car’s engine was on so you could stay cool in the air conditioning, you have a stronger case that you were not driving drunk if you were asleep in the passenger seat or the backseat.

A criminal defense lawyer can help you if you are facing criminal charges for driving under the influence of alcohol, even if the car was in park.  Contact Scriven Law in Tampa, Florida to schedule a consultation.

By Scriven Law, P.A. | Posted on September 16, 2022
« Failure To Report Child Abuse Or Neglect
Ketamine: Don’t Believe The Stereotypes, Even If The Police Do »