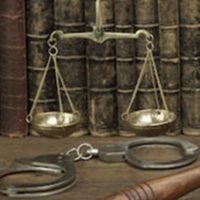 Your co-worker, whom you have known for years, previously lived in another state. You do not know much about his past other than he had a rough childhood. Months later, he is arrested for embezzlement, fraud, and extortion. Facts of the crime make local news headlines, and you learn he was always a Florida resident and in fact had two prior felonies. He landed a job by forging paperwork to change his name. Now he may be looking at a mandatory minimum sentence if convicted because he may be classified as a habitual offender. What options does your former colleague have? What happens if he is found not guilty?

Who is Classified as a Habitual Offender?

In the above hypothetical, if the friend were to be found not guilty, and has a history of two previous felonies, he would not be classified as such. However, he may suffer additional repercussions to his reputation, employment and livelihood. But, if he were to be convicted he could very well serve a mandatory prison term. In Florida, a defendant can be classified as a habitual offender if he or she previously committed and was convicted for two felony offenses, and the subsequent criminal charge is a felony that occurred during parole, during imprisonment or within 5 years of the previous offense Fla. Stat. § 775. 084 (2019).  Felony offenses include violent crimes, assault with a deadly weapon, many drug charges (such as trafficking), attempted murder, carjacking, rape or other offenses against victims. If convicted of violent crimes, the defendant may be labeled as a habitual violent felony offender.

If the court classifies a defendant as a habitual offender, it is possible that the defendant can be sentenced to an extended term in prison if convicted for the crime he or she is indicted for. If the defendant has committed and been convicted of three violent felonies, the court must impose a mandatory minimum sentencing on the defendant. This includes violent felonies and felony attempts such as attempted murder, attempted assault with a deadly weapon, arson, robbery, or kidnapping. In addition, Florida statute also classifies “violent career criminals” as defendants who have been convicted three or more times of a violent felony within a specific time period. Fla. Stat. §775.084(2)(d) (2019). The definition is expanded to  include forcible felonies, escape from imprisonment, and illegal use or possession of a firearm while imprisoned or on parole. Defendants can only beat mandatory minimum sentencing if the court finds that a mandatory minimum sentence is not necessary for the protection of the public. If so, the court must file written findings to that effect. Habitual offenders and “career criminals” are also eligible to file a timely appeal after sentencing is handed down.

An Attorney Can Help You Today

Even minor offenses can result in a serious prison time if you have a criminal history or are on parole. If you were recently arrested and have a lengthy criminal history, you understand what is at stake. It is crucial that you contact an experienced criminal defense attorney to help you prepare and hopefully secure a more favorable outcome. Tampa criminal attorney Bryant Scriven is a respected member of the Florida legal community dedicated to protecting the rights of his clients. Call Scriven Law today to schedule a consultation.

By Scriven Law, P.A. | Posted on July 23, 2021
« Is It Illegal To Sell Or Use Fireworks In Florida?
Charged With Possession Of Methamphetamine? »