What Is Money Laundering And Wire Fraud? 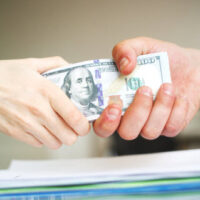 Last week in California, a federal jury found a former Netflix Vice President guilty of money laundering and fraud. Defendant Michael Kail allegedly secured lucrative contracts for stock options, kickbacks and additional monies from tech start-up companies in exchange for deals with Neftlix. Kail accepted bribes in excess of $500,000 for over two years, from 2012 to 2014, and was convicted on 27 of 28 counts of wire fraud, money laundering and mail fraud. So what is money laundering? What is the difference between wire fraud and mail fraud, and when does a favor turn into an illegal bribe?

The DOJ maintains a specific division called the Money Laundering and Asset Recovery Section (MLARS) dedicated to the investigation and prosecution of defendants engaged in money laundering. An example of money laundering would be establishing a legitimate business (front) that only accepts cash from actual customers or clients to then layer illegal monies from criminal actions with clean cash from customers to the legitimate business. Once monies are mixed together, theoretically it becomes more difficult for investigators and police to trace the illegal source of funds. This can be accomplished through other means like submitting false invoices for payment, storing small amounts of money in multiple bank accounts at thresholds that don’t require reporting, or storing cash in offshore accounts overseas. It also includes receipts of kickbacks or bribes for financial gain in exchange for a service or goods. Money is then extracted through false means to not raise suspicions of authorities.

Wire fraud is a felony and a federal crime. It involves interstate communication using a cellular device or computer in an attempt to defraud other parties. Wire fraud is a federal offense requiring specific intent to convict. If a defendant is charged with wire fraud, prosecutors must present evidence beyond a reasonable doubt to prove that the defendant willfully and deliberately acted to defraud one person or multiple actors by engaging in wire fraud. Offering someone stock options in a public company that doesn’t exist is fraud. Offering someone a role in a movie that will never be made is also fraud. In the defendant’s case, he accepted bribes from startup companies in exchange for offers to secure producing deals for new content on Netflix, when he was not in the position to do so. Mail fraud is similar to wire fraud, only instead of using a telecommunications device, the defendant uses U.S. mail or a common carrier to deliver a message with the intent of defrauding the victim. These crimes are very serious. If convicted, the defendant could be looking at up to 20 years in prison for only one count of wire fraud.

If you or a loved one received a target letter or are a subject of interest in a federal criminal investigation, it’s critical you hire experienced legal counsel as soon as possible. White collar crimes like money laundering, fraud or forgery are prosecuted to the fullest extent by the federal government. If you received a target letter, chances are you have been on the government’s radar for quite some time while they build the strongest case possible against you. Tampa criminal attorney Bryant Scriven is a former criminal prosecutor specializing in defense of federal crimes. He can assist you no matter how dire your situation may be. He can provide pre-arrest advice and representation before you are charged with a federal crime.  Call today to schedule a consultation.

By Scriven Law, P.A. | Posted on June 25, 2021
« Florida Windshield Obstruction Laws: Know Your Rights In A Traffic Stop
Unexpected Consequences From A DUI Conviction »
Skip footer and go back to main navigation