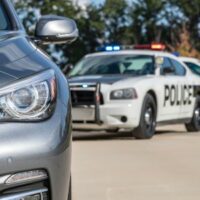 In a tragic turn of events, police in Minnesota fatally shot Daunte Wright only weeks ago, during the George Floyd trial. Officers state a traffic stop was made because of air fresheners hanging in his rearview mirror and because of expired license tags. After reviewing his name, police learned of his misdemeanor warrant and he was subdued. Former officer Potter, who has now been charged with second degree manslaughter in Wright’s death, allegedly mistook a taser for a gun, and fatally shot Wright. An investigation into the incident is ongoing, but the tragic occurrence has drivers wondering if they too can be pulled over by police simply because of a medallion, air freshener, tag, graduation tassel or religious item hanging from their rearview mirror. What are other obscure traffic violations that can result in a Florida traffic stop?

Florida law states that a driver cannot operate a motor vehicle with signs or other material affixed to the front windshield, nor can the driver hang material that obstructs view from the rear view mirror, rear or side mirrors or windows. Violating the statute is punishable as a traffic offense. However, there are no laws preventing citizen drivers from hanging items on the rearview mirror itself. The vehicle must be equipped with both rear-view and side mirrors, but it is not illegal to hang items from inside the vehicle around the rear-view mirror. An example of a statute violation would be placing a large sticker decal on the front windshield, effectively obstructing the driver’s view of the road and other vehicles. Another example of a statute violation would be overloading the back of the vehicle with contents to the point that the driver has no clear view in the back windshield to see vehicles behind him.

Preparing for a Traffic Stop

If you are stopped by law enforcement, you can call 911 and let them know of your location and verify that the vehicle that pulled you over is in fact a police vehicle. You also have the right to video or audio record the stop. Turn off the vehicle and put your hands on the steering wheel. Don’t reach behind you or over the passenger side unless told to do so. Even if your license and registration is not in arm’s reach, don’t reach for it until asked by the responding officer. Don’t exit the car unless told to do so. If passengers are present in the vehicle, they should also remain quiet and refrain from sudden movements within the vehicle.

You have the right to ask the officer of his or her name, badge number and the reason for the traffic stop. If the police officer asks to search the vehicle’s contents, he cannot do more than look in plainview (such as the backseat), unless he has probable cause to do so. He must state what the probable cause is (such as the smell of marijuana coming from the vehicle or drug paraphernalia in plainview). If you were pulled over during a traffic stop and subsequently arrested, it is vital that you retain legal counsel as quickly as possible.

If you were detained by police in a traffic stop, arrested at the scene of a traffic stop or believe your civil rights were violated during a traffic stop, contact Attorney Bryant Scriven. Mr. Scriven has substantial experience as a criminal prosecutor and defense attorney for federal and state crimes. As a criminal law expert, Attorney Scriven will ensure your rights are defended if you have been charged with a crime. Sadly, officers will often try to intimidate or humiliate drivers in traffic stops or make stops for an apparent moving violation, although they are trained to de-escalate situations. Too often drivers and their passengers are put in danger, even fatally, during  a “routine” traffic stop. Don’t leave your freedom to chance. Contact Tampa criminal attorney Scriven today to schedule a consultation and review your case options.

By Scriven Law, P.A. | Posted on June 18, 2021
« Consequences For Unlawful Possession Of Firearms In Florida
What Is Money Laundering And Wire Fraud? »