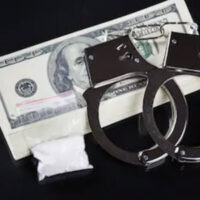 Facing criminal charges for any type of drug crime in Tampa is a serious matter. Law enforcement officials are vigilant in making arrests and once charged while prosecutors are dedicated to obtaining convictions. In addition to facing serious penalties under state laws, you could end up being charged with a federal crime. Experienced Tampa federal criminal defense lawyer Bryant Scriven explains four factors that increase the risk that your drug case will be prosecuted in federal court.

The Florida Statutes provide strong penalties when it comes to the illegal possession, use, manufacture, advertising, transport, or delivery of controlled substances. This includes ‘street’ drugs, such as marijuana, cocaine, heroin, crystal meth, LSD, and Ecstasy, as well as illegally produced or obtained pharmaceuticals, such as Xanax, Valium, steroids, and ADHD medications. Depending on the exact circumstances, a conviction could result in fines up to $500,000 and anywhere from several years incarceration to life imprisonment in a state facility.

As if this is not bad enough, you could end up facing federal drug charges in Tampa. These are an even more serious criminal matter, as the conviction rate is high and there are tough mandatory minimum sentencing requirements. The following are four factors that influence whether a drug crime is prosecuted in federal rather than state court:

To Protect Yourself Against Serious Penalties, Contact Our Tampa Federal Criminal Defense Lawyer

Federal drug charges, which are generally only filed when the Attorney General is confident of their ability to obtain a conviction, can result in mandatory minimum penalties. Under U.S. Sentencing Commission guidelines, this includes at least five years in prison and millions of dollars in fines for even a first offense.

To protect yourself against these penalties, get Scriven Law on your side. Over his decades’ worth of experience, Tampa federal criminal defense lawyer Bryant Scriven has built a trusted reputation for providing a strong legal defense. Call or contact our office online to request a consultation today.

By Scriven Law, P.A. | Posted on February 25, 2022
« Juvenile Crime – No Minor Matter In Tampa
Another COVID-19 Related Conviction For A Tampa Resident »