What Is Justifiable Homicide, And Is It A Valid Defense In Florida? 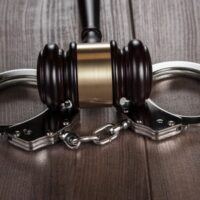 A battered wife who shot her husband to death in Tampa after years of physical and emotional abuse was initially charged with second degree murder. Now, three years later, her defense attorney argues that the defendant acted in self-defense and is immune from criminal charges based on the Florida Stand Your Ground Law. What is the difference between self-defense and justifiable homicide? What must the defense prove for charges to be dismissed?

What is Justifiable Homicide?

Florida Statute 782.02 states that use of deadly force is justifiable if a person is resisting an attempt on their life or a violent act against them in their home. This is contrasted with the statute of excusable homicide. Florida Statute 782.03 states that homicide is excusable when committed by accident or in the heat of passion due to provocation, without the use of a dangerous weapon or cruel punishment. This means because the defendant shot her husband to death with a deadly weapon, she could not rely on the defense of excusable homicide. She also cannot argue that his death occurred in the heat of passion because had been repeatedly abused for years, however just prior to his death, he attempted to drown her in their own pool.

When is Self Defense Applied to a Fact Pattern?

The Florida Stand Your Ground Law states that a victim of a violent crime or potential victim in fear for their life has no duty to retreat from the perpetrator, and instead can meet deadly force with deadly force. This is separate from the common law rule recognized in  almost all states allowing a victim of a home invasion, burglary or violent crime to use deadly force against a perpetrator in their own home. If a criminal defendant is alleging that criminal charges should be dismissed because they acted in self-defense, they have the burden of proof in establishing their contention. To do so, they must prove that they were under imminent fear of death or great bodily harm to themselves, or that they were being attacked in their own home, dwelling or vehicle. Prior to the passage of the Stand Your Ground Law, the victim had to do everything in their power to escape, avoid harm or use any other reasonable means except for deadly force to evade or dissuade a perpetrator. The Stand Your Ground Law is an affirmative defense to criminal charges for unlawful homicide.

Being accused of a violent crime or homicide in Florida is extremely serious. You could be looking at years in jail, and if accused of murder, a possible life sentence without  parole. If you acted in self-defense due to provocation or an attack on your life, it is possible the charges against you could be dismissed, but you must act quickly. Tampa criminal attorney Bryant Scriven is a former criminal prosecutor who now practices exclusively in the field of federal and state criminal defense. Call today to schedule a free consultation and get your life back.

By Scriven Law, P.A. | Posted on January 7, 2022
« What Is Perjury, And Is It Illegal In Florida?
Tampa Flight To Atlanta Ends In Federal Assault Charges »
Skip footer and go back to main navigation